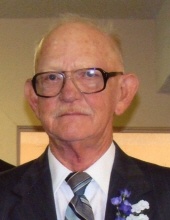 Washington was a 20 year United States Navy veteran attaining the Rank of Master Sgt and was later employed at RMF, Grandview, Missouri. During his high school years he was employed at Scavuzzo's Grocery Store. He was a 1961 graduate of Harrisonville High School and a 1967 graduate of Central Missouri State College, Warrensburg, Missouri. He was a teacher for 1 year before joining the United States Navy during the Vietnam War. After fulfilling his 20 year obligation to the Navy he moved back to the Harrisonville and Garden City Communities. While being stationed in the Philippines he met his first wife, Tessie Melanio. Their family grew to 7 children and were later divorced. He was a faithful father and would go over and above to help his family.

He was preceded in death by his parents and a son, Billy; 3 half-brothers and a half-sister.

Funeral services were held Saturday, November 30, 2019 at the Dickey Funeral Home, Harrisonville, Missouri with burial in the Byler Cemetery near Creighton, Missouri. Full Military Honors were provided by the US Navy Honor Guard.

The family received friends Saturday, November 30, 2019 at the funeral home.
To order memorial trees or send flowers to the family in memory of Ret. Navy Master Sgt. Washington B. Gilmore, please visit our flower store.