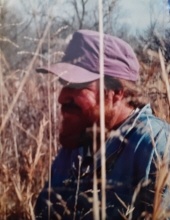 THE JOURNEY Of
REX LEE SHANDY

Rex Lee Shandy of Lake Annette, Missouri was born on September 7, 1962 in Olathe, Kansas the son of Dean Marvin and Patsy Sue (Hendrickson) Shandy. He departed this life on Friday, March 6, 2020 at Cass Regional Medical Center, Harrisonville, Missouri at the age of 57 years, 5 months and 28 days.

He was united in marriage to Pamela Jo Sundquist on September 11, 1981 in DeSoto, Kansas.

Rex always worked outside jobs and was employed by APAC as a tack driver. He was a life member of Teamsters Local #541 in Kansas City, Missouri. Rex was a great family man, husband, son, brother, uncle and friend, He was the head of the family and always had a nick name for his family and friends. His shop was always open for working on cars or talking with friends. Rex loved reading westerns and watching the show Moonshiners.

He was preceded in death by his father, Dean and his sister, Rebecca Sue Shandy.

Rex was the one who keep us together. Why can't we stay like this forever?
"Life is a dream" - "Enjoy the ride" - "Ride the wave"

The family received friends Sunday, March 15, 2020 at The home of Patsy Shandy, 24618 S. Groh Rd., Cleveland, Missouri , with A Celebration of Life Service to follow.

The family suggest that memorial contributions may be made to the Missouri Conservation Department and sent in care of The Dickey Funeral Home, P.O. Box 432, Harrisonville, Misousri 64701,
To order memorial trees or send flowers to the family in memory of Rex Lee Shandy, please visit our flower store.