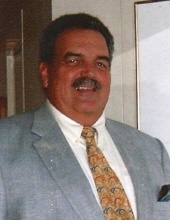 Richard Dale Maston, 82, of Stilwell, Kansas passed away Tuesday, May 4, 2021. He was born May 3, 1939 to Harold and Edna (Bergsma) Maston in Rock Island, Illinois. He was raised in Iowa and graduated from Central High School in Sioux City, Iowa. Richard served three years in the US Army.

Richard retired from the US Postal Service in 1992 as a building engineer at the main post office in downtown Kansas City, Missouri. He lived in Raytown for many years before moving to Stilwell, Kansas. Richard was an avid golfer and worked at the Longview Golf Course and the Heritage Golf Course after his retirement. He was a “snowbird” to Las Vegas, Nevada for 10 wonderful years where he lived his dream of living on a golf course and driving his golf cart all over the Los Prados neighborhood. Richard always started every conversation with a joke and a big smile.

Richard was preceded in death by his parents, Harold and Edna and his siblings, Elaine, Charleen and Ronald.

Richard is survived by his partner of 20 years, Linda Burgess of the home and his sister, Karen Mullens of Ankeny, Iowa; other relatives and friends.

Family suggests memorial contributions may be made to the Parkinson’s Foundation.

Cremation. There are no services planned at this time.

Funeral arrangements are under the direction of the Dickey Funeral Home, Harrisonville, Missouri.
To order memorial trees or send flowers to the family in memory of Richard D. Maston, please visit our flower store.