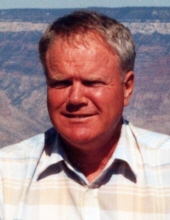 Richard Falls Dimon, 82, of Pleasant Hill, Missouri, was born, June 19, 1936, in Northome, Minnesota, the son of Lee and Harriett (Falls) Dimon. He departed this life, Saturday, May 11, 2019, at the Lee’s Summit Medical Center, Lee’s Summit, Missouri, surrounded by love and family.

On September 2, 1984, he was united in marriage to Mary Darlene (Holder) Farrell in Las Vegas, Nevada.

Richard attended the University of Louisville, Kentucky until joining the United States Marine Corps in 1955. He served three tours of duty in Vietnam. He retired in El Toro, California, from the USMC in 1975. He then went on to work for the Federal Aviation Agency in 1983. While serving with the FAA he went to Kuwait. He retired in Sierra Vista, Arizona, from the civil service in 2001. He enjoyed hiking, fishing, singing karaoke, and golfing.

Cremation has been accorded. Private inurnment will be in the Pleasant Hill Cemetery with full military honors by the United States Marine Corps and the V.F.W. Post #3118 Honor Guard.

Memorial contributions in memory of Richard may be made to the American Cancer Society and may be sent in care of the funeral home.