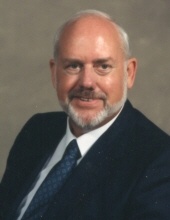 Richard Lee Fugate was born March 28, 1936 to John & Ertha C Fugate (Spoor) in Kansas City, MO. Richard passed peacefully at home on June 3, 2021in Harrisonville surrounded by his loved ones.

Richard leaves behind his wife, Ruby J. Fugate, of 65 years. They married in 1956 and moved from Kansas City, MO to Independence, MO in 1962. They joined Rockwood Baptist church where they were active for many years. They moved to Harrisonville, MO in 2015.
Richard worked for American -Stairglide for 27 years. After leaving Stairglide, entrepreneur that he was, started his own company, Action Engineering, where he was CEO for 10 years. He then took a position as Operations Manager of the Housing Authority of Independence, MO in 1994 and he retired from there in 2004.

He pursued many interests including cooking for his family, woodworking and maybe his most thrilling achievement was when he got his private pilot certificate. He loved staying current with the latest technology, including computers, flight simulators and home audio video equipment.

He was preceded in death by his parents John and Ertha Fugate and his sister, Alice Smith.

As days, months and years go by – the life, love and memories we shared will never fade. Thankful for Jesus and the assurance of seeing you again one day.

Graveside service will be 11:00 a.m., Wednesday, June 9, 2021 at the Orient Cemetery, Harrisonville, Missouri.

Family suggests memorial contributions may be made to the Parkinson's Foundation.
To order memorial trees or send flowers to the family in memory of Richard Lee Fugate, please visit our flower store.