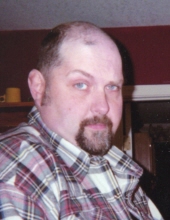 Richard “Rick” Carry Thornburg of Creighton, Missouri was born December 15, 1970 in Harrisonville, Missouri the son of Richard Elmer and Mary Carol (Koch) Thornburg. He departed this life on Tuesday, July 27, 2021 at his home near Creighton at the age of 50 years, 7 months and 12 days.

Rick was a lifelong resident of Cass County. He was a graduate of Sherwood High School and continued his education at Am Tech Institute, Wichita, Kanas. On November 16, 1996, Rick was united in marriage to Jawane Joan Louiselle of Harrisonville. To this union were born two daughters, Loren Carry and Rebecca Suzan Thornburg, his pride and joy. He did everything because of them. Rick was currently employed by AGI in Lenexa, Kansas and on the side he was an amazing wood worker. He built beautiful furniture for his friends and family. Rick attended the First Baptist Church in Creighton and was a Christian man who loved his family as much as life itself. He will be missed by all who knew him.

Rick is survived by his two daughters, Loren Carry Thornburg and her fiancée Jeremy and Rebecca Suzan Thornburg both of Clinton, Missouri; a sister, Kim Nicas and husband BJ, Warrensburg, Missouri; nieces and a nephew, Mallory, Derek and Molly; other relatives and many friends.

Funeral services were held Monday, August 2, 2021 at the Dickey Funeral Home, Harrisonville, Missouri with burial in the Byler Cemetery near Creighton, Missouri.

Family suggests memorial contributions may be made to the Byler Cemetery Association.
To order memorial trees or send flowers to the family in memory of Richard "Rick" C. Thornburg, please visit our flower store.