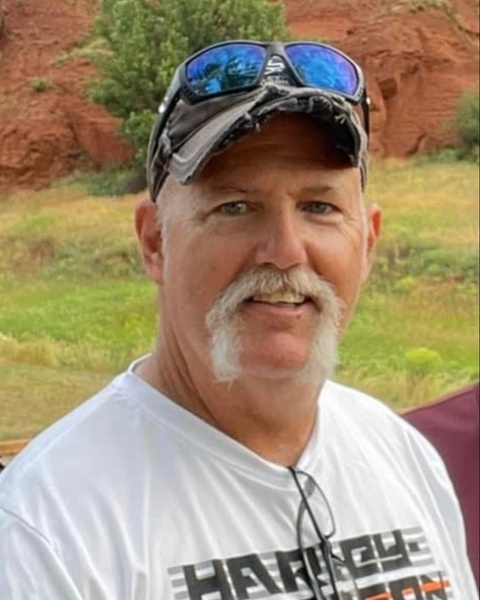 Robbi “Rob” Lee Mizner of Belton, Missouri was born September 17, 1960 in Kansas City, Missouri the son of Virgil and Shirley Jean (Baer) Mizner.  He departed this life on Tuesday, September 20, 2022 at the age of 62 year and 3 days.

On May 24, 1986, Rob was united in marriage to Joan Lynn Cash in Harrisonville, Missouri.

Rob was employed as Field Tech Installer for RF Technology based out of Wisconsin.  He loved his motorcycles, was a member of the H.O.G. Chapter in Olathe, Kansas, Raw Hide Harley Chapter and did the Tour of Honor for 8 years.  Rob was an avid KISS fan and gardener.  Rob’s greatest joy was being with his family and being a Papaw to his grandchildren.

Funeral services will be 10:00 a.m., Thursday, September 29, 2022 at the Dickey Funeral Home, Harrisonville, Missouri with burial in the Belton Cemetery, Belton, Missouri.

Family suggests memorial contributions may be made to the granddaughters educational fund and may be left at the funeral home.  Please make checks payable to Joan Mizner.

To order memorial trees or send flowers to the family in memory of Robbi "Rob" L. Mizner, please visit our flower store.