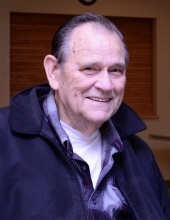 
Robert “Bob” Lee Kuntz, of Harrisonville, Missouri was born December 22, 1933 in Sweet Springs, Missouri the son of Earnest Lee and Alice (McNally) Kuntz. He departed this life on Saturday, March 19, 2022 at the Research Medical Center, Kansas City, Missouri at the age of 88 years, 2 months and 25 days.

On February 12, 1954, Bob was united in marriage to Betty Sue Cates in Dodson, Missouri.

Bob was employed as a truck driver for TipTop Plumbing and Heating in Kansas City, Missouri. He enjoyed hunting and fishing. Bob and Betty were married for 68 years and said she was the best thing that ever happen to him. He was a very devoted husband, father and grandfather.

Besides his parents, he was preceded in death by a son, Robert Kuntz on October 19, 2016; a brother, James Goode; two sisters, Lois McInory and Doris Nicholson and his step-mother, Fern Kuntz.

Funeral services will be 2:00 p.m., Monday, March 28, 2022 at the Dickey Funeral Home, Harrisonville, Missouri with burial in the Orient Cemetery, Harrisonville.

To order memorial trees or send flowers to the family in memory of Robert "Bob" Lee Kuntz, please visit our flower store.