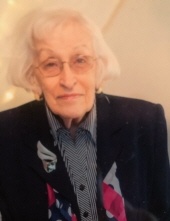 Roberta Winnie Bess of Harrisonville, Missouri was born June 11, 1937 in Rapid City, South Dakota the daughter of Gordon George and Marcella (Martin) Kasper. She departed this life on Wednesday, December 30, 2020 at the Crown Care Center, Harrisonville at the age of 83 years, 6 months and 19 days.

In 1981, Roberta was united in marriage to Jim Bess in Missouri.

Roberta was employed as a seamstress and worked in the fabric department at Wal-Mart in Lee’s Summit, Missouri. She was a great equestrian and loved recreational and competitive trail riding. Roberta took 1st at the National Competitive Trail Riding Competition in the heavy weight division.

Besides her parents, she was preceded in death by her husband, Jim Bess in 1989 and a brother, Rudy Kasper.

Funeral arrangements are under the direction of Dickey Funeral Home, Harrisonville, Missouri.
To order memorial trees or send flowers to the family in memory of Roberta W. Bess, please visit our flower store.