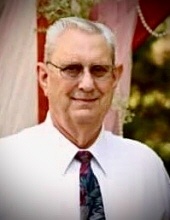 Ronald Lee McKeown of Belton, Missouri was born May 5, 1945 in St. Louis, Missouri the son of DeForrest Leroy and Lorena Louisa (Brandt) McKeown. He departed this life on Sunday, December 13, 2020 at his home in Belton, Missouri surrounded by love and family at the age of 75 years, 7 months and 8 days.

On August 9, 1964 Ron was united in marriage to Cheryl Kay Walker in Holden, Missouri.

Ron was employed as an auto estimator for State Farm Insurance in Overland Park, Kansas until his retirement in 2005. He was a faithful member of Our Lady of Lourdes Catholic Church, Harrisonville, Missouri. He was the happiest when surrounded by his large family. He enjoyed restoring cars, woodworking and landscaping projects and just staying busy. Ron had lived in Peculiar, Missouri for 38 years before moving to Belton in 2016.

Besides his parents, Ron was preceded in death by his brother, Buck McKeown and a sister, Marilyn Wilson.

Private family services.
To order memorial trees or send flowers to the family in memory of Ron McKeown, please visit our flower store.