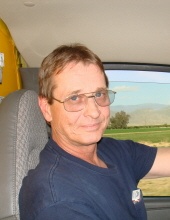 Ron was a diesel mechanic and truck driver for many years. He retired from Fordyce in October 2019. It’s difficult to sum up an extraordinary person like Ron with words. He was a witty man with dry humor, every comical thing he said was lined with cleverness. He was a wise and intelligent man, jack of all trades who mastered them all yet with his humble nature he would say, he didn’t know much. He was very generous; he helped his family and friends first even though he had many projects of his own. Ron was a man of faith who loved deeply, he didn’t say it often, instead he showed people how much he loved them. He enjoyed the outdoors, music, hot rods, fixing and building things. Ron could turn nothing into something with very little effort. He took one of a kind to a higher level, his genuine and gentle soul will be sorely missed by many.

Ron was preceded in death by his parents; a sister, Erma Herndon; a brother, Gary Gaddy; a sister, Beverly Gaddy-Haston; a nephew, Brian Gaddy and a granddaughter, Angelina.

A private family graveside service was held at the Orient Cemetery, Harrisonville, Missouri.

A Celebration of Life Service will be held by the family at a later date.
To order memorial trees or send flowers to the family in memory of Ronald "Ron" Wayne Gaddy, please visit our flower store.