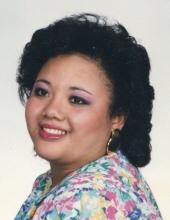 On Saturday October 3, 2020, Rosanna Hernandez passed away at the age of 58. Rosanna was born on April 20, 1962 in Corpus Christi, Texas. Daughter of Henrique Ricardo Hernandez Sr. and Maria Miranda Hernandez.

Rosanne grew up in Robstown, Texas, “always proud of being a Robstown cotton picker.” She moved to Missouri in 1978 and graduated from Belton High School in 1980. She loved listening to her Tejano music, spending time with her family, and enjoyed talking to her friends and family.

Rosanna was preceded in death by her father, mother, and sister, Sylvia O Hernandez.

We will love you and miss your forever.

Cremation. A Memorial graveside service which will be held at a later date.

The family suggest that memorial contributions may be made to the American Diabetes Association and may be sent in care of Dickey Funeral Home, P.O. Box 432, Harrisonville, Missouri 64701.
To order memorial trees or send flowers to the family in memory of Rosanna Hernandez, please visit our flower store.