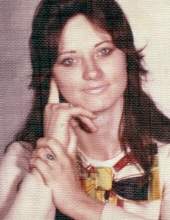 Rosemary McGinness, 68, of Kansas City, Missouri, was born, September 20, 1950, in Kingsville, Missouri, the daughter of William S. and Esther L. (Davidson) Allee. She departed this life, Saturday, May 4, 2019, at the Kansas City Hospice House surrounded with love and family.

Rosemary was employed as a waitress in several Kansas City area restaurants. She most recently worked at the Pioneer Café in Independence. Rosemary enjoyed drinking coffee, crafting, shopping for bargains at garage sales and thrift stores, boating, interior decorating, and spending time with family; especially around their family bonfires. She was of the Assembly of God faith.

Memorial contributions are suggested to the American Cancer Society and may be sent in care of the funeral home.