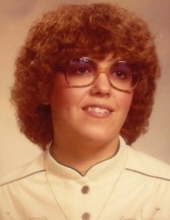 Roxana had been employed as a waitress in the Kansas City area. She had also been a home health care provider. Her hobbies included photography, watching her favorite television shows, and collecting and reading books (especially Native American history). All who knew her would say she was independent, strong willed, and very outspoken.

She is survived by her parents, Robert and Aleta of Pleasant Hill, Missouri, and her sister and brother-in-law, Rhonda and David Kasper of Pleasant Hill; several nieces and nephews; other relatives and friends.

A Celebration of Roxana’s life will be held 2:00 p.m. Saturday, March 2, 2019, at the Stanley-Dickey Funeral Home where visitation will be held from 1:00 p.m. until service time.