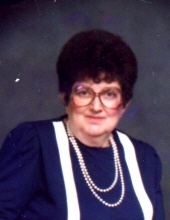 Ruby Faye Oberweather of Lee' Summit, Missouri was born September 9, 1920 near Blairstown, Missouri the daughter of Louis Houston and Della Pearl (Elliott) Wood. She departed this life on Friday, January 25, 2019 at Wilshire at Lakewood, Lee' Summit surrounded by love and family at the age of 98 years, 4 months and 16 days.

On December 24, 1941 Ruby was united in marriage to Clifton Henry Oberweather Jr. in Kansas City, Missouri.

Ruby was a homemaker and later was employed as a library clerk for the Lee's Summit, Missouri School District from 1966 until her retirement in 1982. She was a member of the Lee's Summit Christian Church. Ruby had lived in Garden City, Missouri before moving to Lee's Summit.

Besides her parents, Ruby was preceded in death by her husband, Clifton, a brother, Leonard Wood; three sisters, Ruth Coy, Rose Anderson and Opal Brown.

The family suggest that memorial contributions may be made to the Lee's Summit Christian Church, Lee's Summit, Missouri or to the Kindred Hospice and may sent in care of Dickey Funeral Home, P.O. Box 432, Harrisonville, Missouri 64701
To order memorial trees or send flowers to the family in memory of Ruby Faye Oberweather, please visit our flower store.