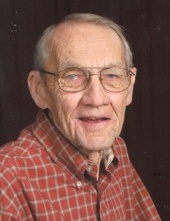 Russell (Rick) Garnett Clapper Jr. passed away peacefully with wife Eileen
at his side at Golden Valley Hospital in Clinton, Missouri. A wonderful
husband, father, granfather great granfather and friend, who was loved by all.

Rick was born June 17, 1934 at home in Shelbina, Missouri to Rick and Thelma
Clapper. Rick was a navy veteran. After returning from service to Shelbina
he worked with his Dad building houses. He then started working in highway
construction. He ended his career with Reno Construction Company as a
superintendent.
Rick married Eileen Hesse on April 4th 1959, the love of
his life, in Quincy, Illinois.

Cremation and a private family service will be held at a later date.

Funeral arrangements are under the direction of the Dickey Funeral Home, Garden City, Missouri.
To order memorial trees or send flowers to the family in memory of Russell (Rick) G. Clapper Jr., please visit our flower store.