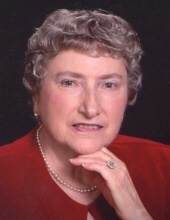 Ruth Esther Gilliland York heard and answered her Savior’s call to come home on February 1, 2022, at the age of 82 years, 5 months and 29 day. She was born on August 3, 1939, the youngest daughter of Lela Viola Gatewood Gilliland Brooner and Leland Gilliland. Ruth now resides in her heavenly home with family and friends who have preceded her. She sings with the angels now and forever for her loving Lord.

Ruth was born on a farm in Cherokee County Kansas near Columbus, Kansas. Ruth lived there on the farm and graduated from Riverton High school in 1957. She knew even then that she wanted to be a teacher. So she worked hard to save her money so she could attend and graduate from Southwest Baptist College with an Associate of Arts degree in 1961. After graduation she moved to Archie where she began her long teaching career. She taught in a small one room schoolhouse in Main City, MO in 1961-1963. She had many fond memories of time there teaching the 1st-8th grade classes. Main City school then consolidated with Archie in 1964 and she began teaching in the Archie Public School system. Ruth went on to receive her Bachelors of Science degree in Education from Central Missouri State College in 1967. Ruth was very active in the Missouri State Teachers Association. She continued to take classes at CMSU through the years and she served as a math and science mentor at the college, she worked in the college's science fairs. While teaching in Archie she worked with the PTA, student ambassadors and she hosted many clubs at school. Ruth retired from the Archie Public system in 1995. However, she continued to be a substitute teacher for another 8 years. She estimated that she was able to teach approximately 800 children during her long career. When asked what she had learned from the kids, she said "patience" and the "importance of giving lots of praise." Those ideas followed her all her life.

Shortly after arriving in the Archie community Ruth began attending and joined the First Baptist Church of Archie. It was there that she caught the eye of the church's Sunday School Superintendent, Richard York. He would find reasons to come to visit her to drop off the newest church literature. She repeatedly tried to brush him off when he would come to her home and on many occasions told him she was not interested in dating because her plan was to be an "old spinster school marm" devoted to her students only. However, her plan did not work out as Ruth married Richard York on August 11, 1963. This union was blessed with two children: a daughter, Amy Ruth York Eatherton and a son, Thomas Monroe York III. Ruth began each day with her Bible and time with the Lord. She kept her family in her daily prayers. She enjoyed singing in the church choir and was the assistant church organist for over 40 years. She participated in Women's Missionary Union and served as the associational WMU director for many years, she taught Girls in Action, children's Sunday School, and at Kamp Keirsy during the summers cooking and as a counselor, she looked forward to VBS each summer.

Ruth enjoyed sewing and playing the piano, and while not a fisherman at heart she learned to love fishing so she could spend time with her husband and kids at Roaring River. She had so many good memories of time spent there camping with family and friends. She also loved spending time with her sorority sisters of the Beta Sigma Phi, Xi Iota chapter where she held many offices. She loved to travel in general. But in later years she came to enjoy doing genealogy with her husband, searching the Gilliland and Gatewood family history. She always looked forward to going to family reunions to catch up on her extended family's lives.

After she retired from education, she joined the Cass County Retired Teachers association. She was always a child advocate and so she started working with the Hugs Not Drugs Program. She spent many years going to schools across Missouri to speak to kids about the dangers of drug use. Ruth also loved history and she really enjoyed going with her husband to help him with his Son's of the American Revolution program. They took replica revolutionary flags to multiple schools throughout the state. Richard would dress in continental period costume and Ruth in her patriotic vest, she would hold up each of the many flags used during the revolution and he would discuss the meaning of each flag and teach about who fought under what flag. This presentation also pointed out the changes that our national flag went through, as new states entered the Union. They both loved the children and answered their questions on both the respect and proper care of the American flag. Then together they would close the presentation by giving the children a miniature American flag to take home.

Ruth joined Missourians on Missions, with her husband. They would travel to various states to repair, remodel or build new church buildings. She especially enjoyed when her grandchildren would go with them on these trips. Ruth enjoyed preparing meals, carrying water and snacks to the men as they labored. They also traveled on many church and associational missions trips to do backyard Bible clubs. She never grew tired of telling a child why Jesus loved them.

Richard and Ruth celebrated their 40th anniversary in 2003 before his death the following year. Ruth missed him terribly but she persevered and threw herself into missions and serving others. In summers you would find her passing out a cup of water in Jesus name at the county fair. She would offer to drive shut-in's to doctor appointments. She continued to go to Missourians on Missions with her daughter Amy and son-in-law Don, she cooked food for tornado relief workers, and if anyone had a need she would try to fill it.

Ruth loved to read stories to her grandchildren and great grandchildren. She looked forward to overnight slumber parties with the grandkids. She always had an uno card game handy. She would play the piano and sing with her family. She never grew tired of cooking and hosting friends and family. She enjoyed traveling with Amy and Don to see her family in later years. She was so delighted when Jacob moved to the farm he brought her great joy and comfort. Ruth also enjoyed the company of her "adopted" daughter, Maribeth Ryan, of Overland Park, Kansas.

Ruth struggled after her stroke in 2018 and she modeled and taught patience, grace and acceptance as she faced her new disability. She will be greatly missed by her children but they rejoice that she is now free from the prison her body became.

Family suggests memorial contributions may be made to Kamp Keirsey, Amsterdam, Missouri.

Funeral arrangements are under the direction of the Dickey Funeral Home, Harrisonville, Missouri.
To order memorial trees or send flowers to the family in memory of Ruth E. York, please visit our flower store.