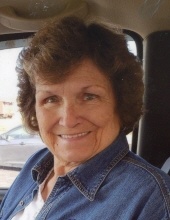 Sandra “Sandi” Joyce Dailey of Garden City, Missouri was born December 9, 1944 in Nyack, New York the daughter of Melford Faynesby and Sophie (Jones) Quelch. She departed this life on Sunday, January 19, 2020 at Research Medical Center, Kansas City, Missouri at the age of 75 years, 1 month and 10 days.

Sandi was employed as a bus driver for the Sherwood School District, Creighton, Missouri until her retirement in 2000. Earlier she had been employed at the Garden City Garment Factory and later at the Clinton Chicken Hatchery. Sandi was a member of the Garden City Chapter #340 Order of the Eastern Star joining on March 11, 1974, First Baptist Church, Garden City where she taught Sunday school and later the United Methodist Church, Garden City. She loved going to the Casino’s, being outdoors, mowing her lawn, gardening and sewing.

Besides her parents, she was preceded in death by her husband, Bob Dailey on June 1, 2010; a great-granddaughter, Rylee Maye Woolery and a sister, Eleanor Courtney.

The family received friends Friday, January 24, 2020 at the funeral home.

Family suggests memorial contributions may be made to the American Heart Association.
To order memorial trees or send flowers to the family in memory of Sandra "Sandi" Joyce Dailey, please visit our flower store.