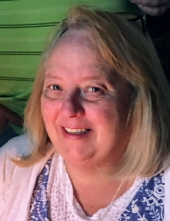 Sheila Marie Pemberton, 52, of Jacksonville, Florida, formerly of Pleasant Hill, Missouri, was born, April 14, 1966, in Harrisonville, Missouri, the daughter of Harold Russell and Sharon Marie (Atkinson) Neill. She departed this life, Saturday, May 19, 2018, at her parent’s home in Pleasant Hill, surrounded with love and family.

She is also survived by her parents Harold and Sharon of Pleasant Hill; three sons, Phillip (and Amanda) Pemberton of Holden, Jacob Mitchell of Pleasant Hill, Morgan Pemberton of Holden; one daughter, Amber (and Travis) Goth of Blue Springs, Missouri; two brothers, Russ (and Kim) Neill of Boynton Beach, Florida, and Jamie (and Mandy) Neill of Holden; 4 grandchildren, Alex Hall, Wyatt Pemberton, Peyton Pemberton, and Jared Pemberton; other relatives and many friends.

Sheila most recently worked for Walgreens in Florida. She had formerly been employed as a special needs driver for the Pleasant Hill R-III School district, operated an in-home daycare in Holden, and had worked for the Holden Image Newspaper as well as the Raymore, Missouri Newspaper. She was an active member of the Rise Up Mission Outreach church in Jacksonville. She enjoyed watching baseball and basketball, volunteering on church missions.

Along with working with Rise Up Mission Outreach, Sheila often took under her care elderly and in-need customers she would meet while working at Walgreens. She often took them grocery shopping, to doctor’s appointments, drive them home, or lend to them her listening ear. Her kind, giving, and tender spirit will be missed by all who knew her.

A memorial service will be held 10:30 a.m. Wednesday, May 23, 2018, at the Stanley-Dickey Funeral Home. Reverend Gary Miller will officiate. Visitation will be held 9:00 a.m. until service time.

Memorial contributions are suggested to Rise Up Mission Outreach and maybe sent in care of the funeral home.