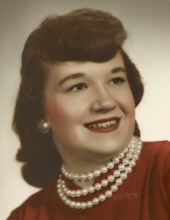 Shirley Francis Russell, of Garden City, Missouri was born March 7, 1938 in Harrisonville, Missouri the daughter of Bryan Wesley and Sarah Francis (Baxter) Wade. She departed this life on Friday, May 10, 2019 at Westwood Living Center, Clinton, Missouri surrounded by love and family at the age of 81 years, 2 months and 3 days.

On June 26, 1959, Shirley was united to Leroy Dale Russell in Kansas City, Missouri.

Shirley was employed as a tax examiner for the IRS in Kansas City until her retirement in 1996. She was a member of the First Christian Church, Garden City and was a cook for the Friendship meals. Shirley loved to go to the lake, fish, her Labrador dogs and had a passion for collecting cookie jars. She enjoyed going to auctions and traveling with her husband Leroy to different states.

Besides her parents, she was preceded in death by two brothers, Donald and James R. “Bob” Wade; two sisters, Helen Sigler and Ethel Walker.


Cremation. A Celebration Of Life Service will be held at the First Christian Church, Garden City, Missouri at a later date.

Family suggests memorial contributions may be made to the Friendship Meals of Garden City.

Funeral arrangements are under the direction of the Dickey Funeral Home, Garden City, Missouri.
To order memorial trees or send flowers to the family in memory of Shirley Francis Russell, please visit our flower store.