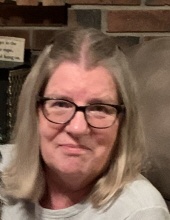 Shirley Marie Schroder of Harrisonville, Missouri was born August 27, 1954 in Montrose, Missouri the daughter of George and Clara May (Boden) Greufe. She departed this life on Thursday, April 16, 2020 at the Research Medical Center, Kansas City, Missouri at the age of 65, 7 months and 20 days.

On February 21, 1976, Shirley was united in marriage to Dale Ray Schroder in Clinton, Missouri.

Shirley was a homemaker and enjoyed taking care of her granddaughter, Emma. She was a member of Our Lady of Lourdes Catholic Church, Harrisonville.

A memorial graveside service will be held at Englewood Cemetery in Clinton, Missouri at a later date.

Funeral arrangements are under the direction of the Dickey Funeral Home, Harrisonville, Missouri.
To order memorial trees or send flowers to the family in memory of Shirley M. Schroder, please visit our flower store.