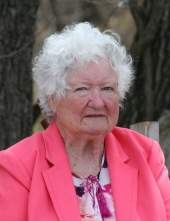 Shirley Jean Burton of Garden City, Missouri was born March 8, 1935 in Kansas City, Missouri the daughter of Claire Raymond and Mollie Louise (Walton) Eckart. She departed this life on Tuesday, February 12, 2019 at the Crown Care Center surrounded by love and family at the age of 83 years, 11 months and 4 days.

Shirley was a farm girl, homemaker and a seamstress sewing many things from wedding dresses to tuxedos or anything people brought to her. She was a member of the New Covenant Fellowship Church, Garden City, Missouri and the Red Hat Club. Shirley was certified by the Red Cross to give swim lessons and taught many people in the Garden City and Dayton area to swim. She was a devoted mother and grandmother and was involved in teaching Sunday school, helping with Brownies and Cub and Boys Scouts.

Besides her parents, she was preceded in death by her first husband, Sonny Schrock on September 12, 1981; her second husband, Jerry Burton on January 8, 2013; a sister, Dorothy Burton and a step-son, Seth Aaron Burton.

Family suggests memorial contributions may be made to the Alzheimer's Association.
To order memorial trees or send flowers to the family in memory of Shirley (Schrock) Burton, please visit our flower store.