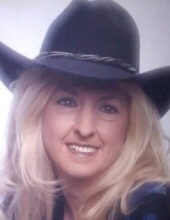 Suzella Elizabeth Graham of Garden City, Missouri was born May 10, 1955 in Miami Oklahoma, the daughter to Henry A Tanner and Mary E (McIntire) Tanner. She departed to be with the Lord on Monday Sept 17th 2021. at the age of 66 years old.

On July 4 1989 she was married to her one true love and soul mate, Dick Graham of Garden City Missouri.

She followed her passion of caring for people and graduated college in 1992 with her RN degree from Avila College and went to work immediately at Baptist Hospital. After Dick passed she went to become a traveling nurse and worked all over the country helping other hospitals as she was needed until she retired in 2016. She was an active seamstress and started her own business to pass the time doing upholstery work and seamstress work. She was multi talented and would no challenge left un tried. She was bound and determined to learn how to tackle a project on her own. Her home was open to anyone. No one went without if they needed.

She is survived by her sons Charles A Smith Jr of Independence and Joshua J Graham of the home. Other non-blood related daughters include Patrica Smith, Angela Jepson, and Danyel Mettler and a Joshua Sartain. Her two granddaughters that she cherished more than words MacKenzie E Smith and Maycie Meaders; sisters Judith Tanner, Rhea Conlon, Lois Cunningham, Elsie Goben, Loretta Tanner and Valerie Lee and brothers James Emmett and Charles Tanner. As well as many many other Aunts, Uncles, Nices and nephews.

Funeral services will be held 2:00 p.m., Thursday, October 7, 2021 at the Dickey Funeral Home, Harrisonville, Missouri with cremation to follow the service.

There will be a Celebration of Life Gathering following the service on Thursday, October 7, 2021 at the Garden City Community Building, 201 Willow Lane, Garden City, Missouri.
To order memorial trees or send flowers to the family in memory of Suzella E. Graham, please visit our flower store.