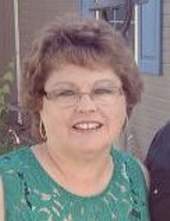 Tammy JoAnn (Bartlett) Powers, of Harrisonville, Missouri was born August 4, 1964 in Kansas City, Missouri the eldest daughter of Jimmy and Virginia “Ginger” Bartlett. She departed this life and into the arms of her Savior on Friday, January 21, 2022.

On August 2, 1985, Tammy was united in marriage at the Sycamore Grove Mennonite Church to the love of her life, Patrick Powers. To this union was born two daughters.

In November 1972, at the age of nine, Tammy accepted Jesus as her personal Savior. She attended Harrisonville Community Church and enjoyed serving lunch at Kinder Kastle.

Tammy loved crocheting, gardening, genealogy, helping in the hayfields, helping with the cattle, going to dinner with the girls and spending time with her family.

She loved her grandbabies, “her little people” so fiercely. She spoiled them and spent all of her time with them making everlasting memories.

Besides her parents, she was preceded in death by an infant granddaughter, Kynlee Grace McLean.

Funeral services will be at 2:00 p.m., Friday, January 28, 2022 at the Harrisonville Community Church, 1606 Chapel Drive, Harrisonville, Missouri with burial in the Clearfork Cemetery near Garden City, Missouri.

Family suggests memorial contributions may be made to the Kinder Kastle.

Funeral arrangements are under the direction of the Dickey Funeral Home, Harrisonville, Missouri.
To order memorial trees or send flowers to the family in memory of Tammy JoAnn Powers, please visit our flower store.