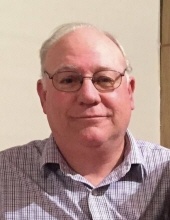 On August 12, 1967, Tom was united in marriage to Brenda Gail Conner in Urich, Missouri.

Tom was employed as an assembler for General Motor’s at the Leed’s Plant and then moving to the Fairfax Plant until his retirement. He was a member and elder of the Adrian Christian Church, Adrian, Missouri. Tom was an Army veteran during the Vietnam War serving in the 1/30th B Battery of 1st Calvary receiving the National Defense Service with 1 Bronze Service Star and the Vietnam Campaign Medal. He was a member of the American Legion Post #371, Urich, Missouri, the VFW Post #1935, Adrian and the Disabled American Veterans. Tom loved music, playing the guitar and was in a band called “No Strings Attached”, enjoyed cutting and burning wood. Tom was a family man and loved his grandchildren and was proud of the ones who joined the military. He was a Little League Coach for many years. Tom had no enemies, he loved everyone and everyone loved him.

Besides his parents, he was preceded in death by 3 brothers, Robert, Richard and Pat Pullen and a sister, Donna Jo Wade.

The family received friends Thursday, June 11, 2020 at the church.

Family suggests memorial contributions may be made to the Show Me Christian Youth Home, Lamont, Missouri or the Ozark Christian College, Joplin, Missouri.

Funeral arrangements are under the direction of the Dickey Funeral Home, Harrisonville, Missouri.
To order memorial trees or send flowers to the family in memory of Thomas "Tom" D. Pullen, please visit our flower store.