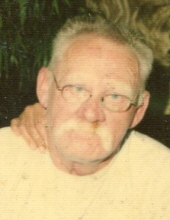 Tommy Eugene Doles of Harrisonville, Missouri was born September 21, 1946 in Gardner, Kansas the son of Henry Patrick and Lucille Mildred Doles. He departed this life on Thursday, November 28, 2019 at his home at the age of 73 years, 2 months and 7 days.

Tommy was employed as a truck driver for First Class Transport, Columbus, Ohio as well as other companies. He was an Army Veteran of Vietnam. Tommy was a great dad, loved his grandchildren and was loved by all.

Besides his parents, he was preceded in death by two ex-wives, Barbara Doles and Linda Keim.


Cremation. A Celebration of Life Gathering was held Sunday, December 1, 2019 at his daughter, Summer Doles home.
To order memorial trees or send flowers to the family in memory of Tommy Eugene Doles, please visit our flower store.