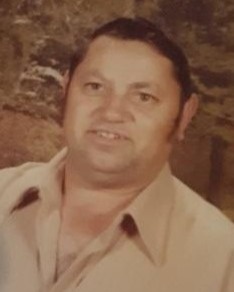 Tommy Ray Leuty, of Montrose, Missouri was born March 29, 1942 in Faulkner, Kansas the son of Frank Craig and Mary Cordiela (Hartsell) Leuty.  He departed this life on Friday, September 16, 2022 at the Crown Care Center, Harrisonville, Missouri at the age of 80 years, 5 months and 18 days.

On November 1, 1980, Tommy was united in marriage to Sheila Kay Gash in Garden City, Missouri.

Besides his parents, he was preceded in death by his wife, Sheila Leuty on April 27, 2014; two brothers, Lavon “Vonnie” and Paul Leuty and a sister, Sharon Burns.

Funeral services will be held Wednesday, September 21, 2022 at 1:00 p.m. at the Dickey Funeral Home, Harrisonville, Missouri.  Burial will be in the Byler Cemetery, Creighton, Missouri.

To order memorial trees or send flowers to the family in memory of Tommy Ray Leuty, please visit our flower store.
Send a Sympathy Card