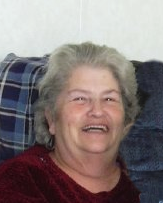 Wanda Jean Leuty was born May 15, 1941 in Kansas City, Missouri the daughter of Gene E. and Bertha (Washburn) Stewart.  She departed this on Saturday, July 30, 2022 at her home in Osceola, Missouri surrounded by love and family at the age of 81 years, 2 months and 15 days.

In March of 1959 Wanda was united in marriage to Billie Sommers and later married Paul Leuty in November of 1967.

Wanda was a receptionist for Saint Joseph Hospital, Kansas City, Missouri before her retirement. She enjoyed her family and going fishing with her family.

Besides her parents, Wanda was preceded in death by her first husband, Billie; her second husband, Paul; two sons, Rusty and Ricky Sommers; three brothers and a sister.

To order memorial trees or send flowers to the family in memory of Wanda Jean Leuty, please visit our flower store.