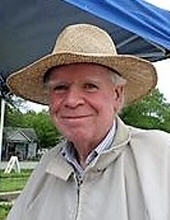 Warren Wyatt Logan, 66, of Pleasant Hill, Missouri, was born May 28, 1955, in Chicago Heights, Illinois, the son of Harry Cary and Nancy Jane (Pierce) Logan. He departed this life Saturday, August 21, 2021, at the Lee’s Summit Medical Center.

Warren was a 1973 graduate of the Rich Central High School in Olympia Field, Illinois. He later earned his bachelor’s degree from Elmhurst College in Wheaton, Illinois.

On August 9, 2006, he was united in marriage to Carmen Irene Cataldo in Waukegan, Illinois. To this union one son, Harry Cary Logan was born.

Warren was a longtime Sales Manager for the Buscheims Shoe Company, later working as a Sales Manager for the Hardens Research Sales Co. Following retirement Warren owned and operated the Recycled Reading used bookstore in downtown Pleasant Hill. Warren was an active member and Past President of the Pleasant Hill Historical Society. He was also a member of the Downtown Association, and the Community Improvement District. He collected Coke-A-Cola and Peanuts Cartoon collectables, was an avid reader, and enjoyed a good game of Risk.

Warren was preceded in death by his parents and two brothers, Robert Graham and James Graham.

He is survived by his wife Carmen of Pleasant Hill; their son, Harry Logan of Bellevue, Nebraska; one sister, Mary “Corky” (and Johnathan) Richards of Bellevue, Nebraska; four brothers, Mark (and Lynn) Logan of Phoenix, Arizona, Henry (and Susan) Logan of Oak Ridge, Tennessee, Richard (and Linda) Logan of Black Bear Creek, Arizona, and Samuel (and Jean) Graham of Bloomington, Illinois; numerous relatives and friends.

Cremation has been accorded. No services are scheduled at this time.

Memorial contributions are suggested to his wife Carmen Cataldo and may be sent in care of the funeral home.