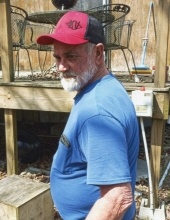 William “Bill” Homer Cole Jr., of Belton, Missouri was born November 5, 1954 in Kansas City, Missouri the son of William Homer and Martha Ellen (Nichols) Cole. He departed this life on Tuesday, June 8, 2021 at the Belton Regional Hospital at the age of 66 years, 7 months and 3 days.

On July 26, 1980, Bill was united in marriage to Judith Ann Gile in Belton, Missouri.

In his younger days, he attended Belton School until he graduated in 1973. In the summer months, he helped his dad and grandfather on the family farm and developed his love and dreams to own a farm. He worked after school at Buerge’s Purina Feed Company and later in 1978 was employed as a heavy equipment operator for Kaw Valley Companies in Kansas City, Kansas until his death. Bill loved to hunt, fish and work and was known as a “workaholic”. He enjoyed spending time with his grandson and was the best dad and grandpa. Bill was a simple but generous man and was willing to help anyone out.

He was preceded in death by his father; his brother, David Cole and his sister, Lois Adams.


Funeral services will be held 7:00 p.m. Thursday, June 17, 2021 at the Dickey Funeral Home in Harrisonville, Missouri.

Graveside services will be held 10:00 a.m. Friday, June 18, 2021 at the Byler Cemetery near Creighton, Missouri.
To order memorial trees or send flowers to the family in memory of William "Bill" Homer Cole Jr. , please visit our flower store.