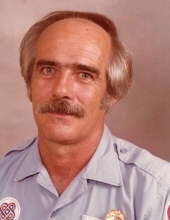 William Franklin Aldridge Jr. of Peculiar, Missouri was born February 27, 1937 in Kansas City, Missouri the son of William Franklin Sr. and Lola Bernice (Peterson) Aldridge. He departed this life on Monday, May 13, 2019 at Redwood of Raymore, Missouri at the age of 82 years, 2 months and 16 days.

On December 22, 1977, William was united in marriage to Carolyn Ann Zietz in Kansas City, Missouri.

William was a Firefighter for the Kansas City, Missouri Fire Department until his retirement in 1983. He was a member of the Firefighters Union Local #42. William enjoyed doing home remodeling projects, building model airplanes and researching genealogy.

Besides his parents, he was preceded in death by his brother, Charles Aldridge.

Visitation was held Monday, May 20, 2019 at the Dickey Funeral Home, Harrisonville, Missouri.

Graveside service were held Monday, May 20, 2019 at the Forest Hill Cemetery, Kansas City, Missouri.
To order memorial trees or send flowers to the family in memory of William F. Aldridge Jr., please visit our flower store.