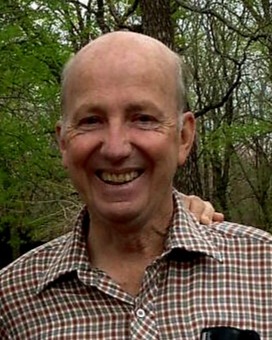 Wirt Perry of Harrisonville, Missouri was born July 6, 1937 in Basden, West Virginia the son of Frank Okey and Thursey (Cline) Perry.  He departed this life on Saturday, November 19, 2022 at St. Joseph Medical Center, Kansas City, Missouri at the age of 85 years, 4 months and 13 days.

In June of 1968, Wirt opened Perry’s Body Shop in Harrisonville. He owned and operated the body shop for 35 years until his retirement.  Wirt was an Air Force veteran joining on October 16, 1955 and spent 4 years at Whiteman Air Force Base in Knob Noster, Missouri. He was a member of Blue Ridge Baptist Temple, Kansas City, Missouri and had moved to Harrisonville in 1966.

Besides his parents, Wirt was preceded in death by his wife, Janice on July 30, 2007; his sisters, Addie Dunigan and Linda Coleman, Gladys Price and Lillie Lowe.

In lieu of flowers, memorial contributions may be made to Harrisonville Animal Shelter and maybe sent in care of the Dickey Funeral Home, P.O. Box 432, Harrisonville, Missouri.

To order memorial trees or send flowers to the family in memory of Wirt Perry, please visit our flower store.