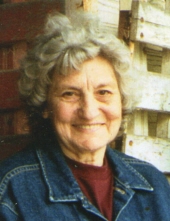 Marian Yvonne Reitz of Garden City, Missouri was born August 2, 1929 in Lockesburg, Arkansas the daughter of Lester Lyle and Robbie Edwyn (Arnold) Luscher. She departed this life on Saturday, October 20, 2018 at the Adrian Manor Nursing Home, Adrian, Missouri at the age of 89 years, 2 months and 18 days.

Yvonne came to Missouri when she was 3 years old with her parents from Lockesburg to West Line, Missouri by covered wagon.

On October 1, 1949, Yvonne was united in marriage to Jack Eli Reitz in Garden City, Missouri.

Yvonne was a homemaker and mother. She was a member of the Dayton Community Church near Garden City, Missouri. Yvonne enjoyed her garden and flowers, her family and church family, her dog, Pixie and the time she spent with all her "Lunch Bunch" friends.

Besides her parents, she was preceded in death by her husband, Jack Reitz on December 21, 2003; her son, Henry Noble "Jeff" Reitz on April 17, 2018; her sister, Bobbie Tschudi; her step-father, John B. Wise; and two step-brothers, Donald and Bill Wise.

Family suggests memorial contributions may be made to the Dayton Community Church Memorial Fund.
To order memorial trees or send flowers to the family in memory of Yvonne Reitz, please visit our flower store.